I've been a big fan of testing ever since I was introduced to it, most of the code I write is written with Test Driven Development. Having a good test suite helps with catching regressions / bugs a lot faster, and gives developers more confidence when merging / releasing their product.

That's why I encourage / expect my teammates to write tests for the important parts of the code (In our case, it's the shared KMM codebase for Android and iOS). When reviewing PRs, I sometimes see testing approaches which could be better, in this series, I'll share my recommendations for improving your tests.

A lot of these tips are related with each other, and sometimes they complement each other. However, I'll try to keep every point straight forward and make it easy to understand without dragging additional information into them.

This series will continue as part of my newsletter, where every week I'll cover topics from this list (which might change slightly over time):

Note: All the examples here, are written with Kotlin, however, I believe that the tips presented here, could be applied in most modern programming languages.

1.  Not using the Arrange Act Assert (Triple A) Convention

Often times I see developers group the test code like they would on production code, i.e. based on what logic is related. In tests, however, there exists a common convention / pattern which splits the code into three distinct groups separated by a new line:

These groups don't have to be one-liners, but it would be best to keep the Act group as small as possible (preferably one line). Keeping the AAA convention in all the tests helps with understanding:

Tests almost always include some boilerplate, be it set up code, verification and sometimes even the action. Helper functions help address this issue

Take a look at the following test:

In this example, we have a systemUnderTest (SUT) which retrieves items from a storage and adds the current timestamp to them. However, the code includes some boilerplate that will most likely be present in other test cases, an improved version could look like this:

The above code is more verbose judging just by the number of lines, however the more test cases we have, the more we benefit from such helper functions.

One additional example I like to use is a "testCase" helper function. From time to time you will have a behavior which requires a lot of tests, with slightly different set-up / assertions:

These types of helper functions can be even more complex, as long as they help with the readability and maintainability of the test.

However, there is one important point I'd like to address before going to the next point. Don't force out these helper functions, as the name suggests, they should help you and not make your life harder.

There are cases where it's better to leave the code inline without any helper functions. Like with everything in programming, this knowledge comes with experience, as long as the helper functions make the tests easier to understand and maintain, go for it.

Sometimes when creating a new test case, we copy an existing one, and change it to fit a new test case. When doing, so we sometimes copy more than we need, tests should only contain code which is relevant to that particular test case. More code in the tests, means it will be harder to understand, and sometimes even confuse the reader because some parts are irrelevant.

Imagine, we have a function which always retrieves something from a database cache (the function never calls the API):

The above test is confusing for two reasons: looking at the set-up we can take a guess that the action uses both the database and the API, additional confusion is added, because we're not sure if the item comes from the database or from the API. Only inspecting / debugging the production code would give us the answer.

Keeping our test code focused on only the relevant things will make our test cases easier to understand. In this case, removing the givenApiReturnsSuccess would reduce the confusion by a lot:

4. Testing multiple things instead of focusing on one

Most tests should focus on one particular behavior of the system under test. However, sometimes tests are created in ways that verify multiple things. At first sight it might seem beneficial, because less code should make it easier to understand, right?

Well not exactly, the problems arise, when the tests stop passing. Then you have to first look at the test code, and if that doesn't suffice you'll have to debug it, which is not ideal... That's why it's better to break it up into more test cases:

Having separate test cases for the verification involves more code, but the tests should be easier to understand, because they focus only on one aspect of the SUT. The benefit of that is, that if the test fails, the name should be more than enough to understand what's wrong with the SUT (As long as the test name is descriptive...)

It's important to understand and separate things that are different in each test case.

5. Not using explicit set-up values in tests, but depending on default or global values

Tests should be as explicit as possible (while not hindering its readability).

Sometimes when we define a test double, we might be tempted to put default values in order to reduce the amount of code we need to write in our tests. In my opinion this is not the best approach, test doubles should not have hidden values which make the tests pass, takes this for example:

In the example above, we have a hidden default value in inside FakeConfig. This value is not set explicitly in the tests, so without delving into the implementation details, we won't know where the magic number 3 comes from. Of course, we could rename the test to be even more wordy, but it's better to let the test code speak for itself:

In my opinion, the above test is much easier to understand and the systemUnderTest behavior is much more explicit, even if it takes up more lines.

If you're interested in seeing the other points, I invite you to sign up to my newsletter using the form below. 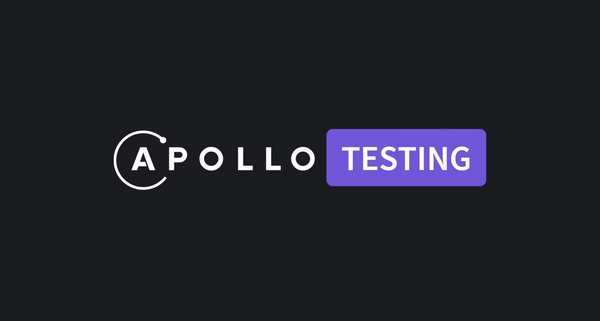 Data Builders provide an easy way for creating GraphQL response classes. In this post I'll show how they can be used to improve your tests.